The new VIM556 3U CompactPCI Graphics Controller Module enables Fastwel to expand its range of peripherals in 3U CompactPCI Serial format. The module is intended for developers of mission-critical embedded systems requiring either high performance or data output to a large number of displays.

VIM556 may seem as a standard discrete graphics card with 4x DisplayPort interfaces (version 1.2) on the front panel. Each port enables to transfer an independent image with resolution of up to 3840 x 2160. However, support of DP Multi-Stream functionality should be considered, which enables to use 16 displays instead of 4 ones. That is to say that on a basis of VIM556 it is possible to build video walls. The displays in use may have other video inputs - DVI, HDMI – with connection to VIM556 through cost-efficient passive adapters due to the support of the Dual Mode. 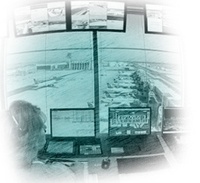 VIM556 being a graphics module carrier-board in MXM 3.0 Type A or B standard, allows developers to choose the module’s configuration with optimal performance and heat dissipation. The standard VIM556 version is equipped with the installed NVIDIA Quadro K2100M card with 576 cores, capable to perform multi-threaded computations and features 2 GB RAM. This "supercomputer-on-a-chip" is programmed using standard C ++ library with CUDA. According to NVIDIA, K2100M performance can reach up to 0.8 teraflops. The CompactPCI Serial standard allows developers to place up to 8x VIM556 modules in a single rack, which enhances the total system performance up to 6.5 teraflops. Considering the heat dissipation problem, we can say that the actual maximum performance of the computer based on VIM556 ranges from 3 to 4 teraflops. This is perfect for the embedded system, which occupies no more than 4-5U on the rack, depending on the version.

PCI Express x8 with bandwidth capacity of up to GEN2 5 Gb/s is the system interface for coupling with other CompactPCI Serial modules. The "thickness" of the channel may be even less – down to x1; operation of the module itself is not affected.

Engineering samples are available for testing. Please send your requests at: Zhiltsov@fastwel.com.