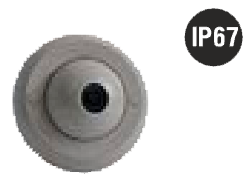 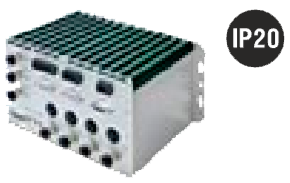 - Video output: connection of up to 8 video cameras 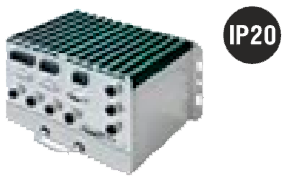 - Video output - connection of up to 4 video cameras 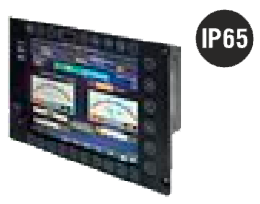 The ССTV-FSW system is based on cost-effective and compact local BUK01 digital video recorders (DVR) installed in each passenger car. Each DVR can have up to 8 analog (audio recording) cameras which provides full control over the space of a passenger car.
The data from such video cameras in BUK01 undergoes the initial video processing, reduction, backup to a local drive and transfer to video server via Ethernet. Apart from that, equipment can be connected to the event data recorder using RS232/485 and CAN serial communication channels. BUK01 has a network switch function, which enables to use it as a channel-forming element of Ethernet network without any additional switches.

BUK02 video server installed in the train driver's cabin, backs up the received data with a possibility to transfer the backed up data to the central automated control system depositary via WiFi. Additionally, the video server can connect up to 4x side, front and rear view video cameras, with which it operates as the DVR.

BS04 can perfectly be utilized as an operator's HMI, which is installed directly into the driver's control panel. For the purpose of visual situation control, BS04 can obtain data from each video camera of the train or from cameras located at railway stations (via Wi-Fi).

All system elements have integrated secondary power supply sources, adapted to the onboard mains voltage: 60..160 V. System's operating temperature range: up to -50°C/+60°C.

BUK01 video recorder is designed for application in rolling equipment (railways) and is intended for collection, storage, display and transfer of video information via wire/wireless channels in automated control systems (EN50155).

BUK 02 video server is designed for application in rolling equipment (railways), used in driver's cabin as the storage device for system video monitoring data. BUK02 rugged computer from Fastwel is fully configurable and can be customized according to the specific demands of your application. The device is designed for use in transport under conditions of adverse mechanical and electromagnetic effects in the wide range of environmental temperatures (EN50155). 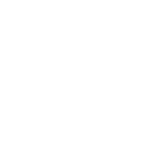