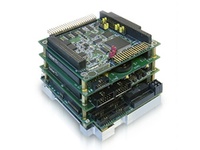 System functionalities in conjunction with capabilities of the other related systems enable to fully automate control of train service and shunting works performed for rail vehicles, as well as to provide an automated remote control of fuel consumption and locomotive operation parameters. Key functions which can be carried out by the system, combined with the above mentioned fuel consumption and station operation control systems, are described as follows.

The system includes two main parts: onboard equipment, which is installed directly in locomotives, as well as tower equipment.

The onboard equipment unit is made on the basis of real-time operating system QNX Neutrino and FASTWEL CPC308 processor module in PC/104 form-factor. The choice of FASTWEL СРС308 as a computing kernel can be explained by an optimal performance and price ratio, extended operating temperature range, conformal coating, shock and vibration resistance, as well as support of QNX operating system. The module can be also configured with passive cooling, RS-232 and RS-485 interfaces, as well as connector for CompactFlash-cards.

The processor module is the core of the onboard equipment unit, which also includes:

The tower equipment of the system includes the following components:

The system operates as follows:

The operator’s PC software enables to reproduce the pathway of the selected locomotive, to generate, display and print out various reports on facility’s operation, mentioned above. Form of the report on locomotive’s travelled distance and stops, displayed on operator’s PC, is demonstrated on the picture above. Form of the report on locomotive’s stay at adjacent loco depots, which is prepared for printing out, is shown on the picture below. 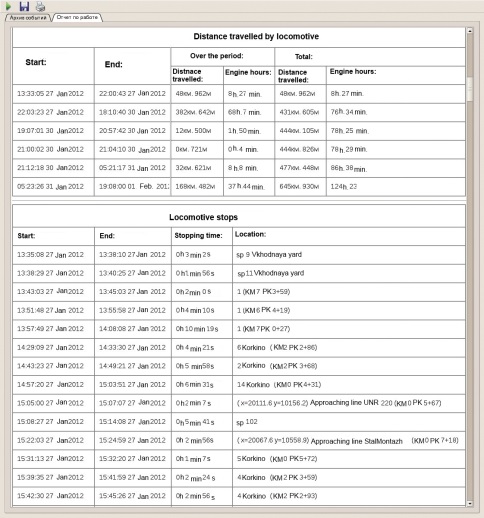 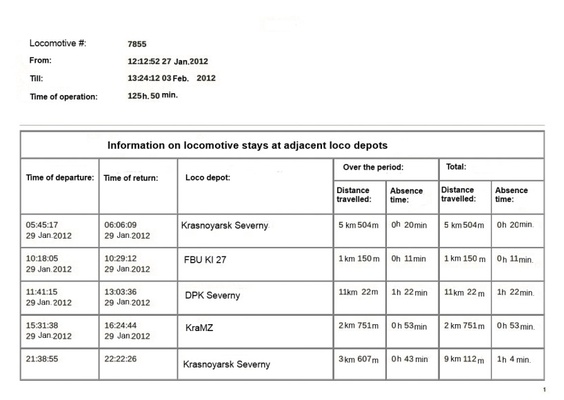 Provision of the required accuracy and promptness of data submission and processing, calculation of the location simultaneously for several locomotives should be made in real-time mode; therefore the server operates under QNX Neutrino real-time OS. Using QNX Neutrino enables to achieve a high reliability level of system operation. Task priority levels and method of their planning, peculiar to this real-time operating system, provide multithread data processing with previously determined operation cyclogram, and its multicore architecture provides the required system performance.

There is a truly huge potential for system development to solve various tasks of railway transport. Information obtained through the system can be used:

System implementation along with the above mentioned systems at mainline and industrial railway transport enterprises, will enable to: